Following the rise of energy bills by more than 50 per cent due to the ongoing energy crisis, owning an energy efficient home has become more important than ever.

From a data sample of just under 1.7 million properties in the UK, the Home Builder’s Federation’s (HBF) recent ‘Greener, Cleaner, Cheaper’ report, found that 576,000 tonnes of carbon emissions could be saved by purchasing a sustainable new build home over an older, less energy efficient property.

This reduced use of energy also equals cheaper energy bills, which in turn means buyers’ pockets aren’t as affected in the long run. Read on to find out more about the key findings within HBF’s recent report as we share the benefits of living in an energy efficient home.

Up to September 2021, 84 per cent of new build homes were given an A-B Energy Performance Certificate (EPC) rating for energy efficiency. In comparison, just 3 per cent of older existing properties reach the same standard, with 58 per cent having a considerably lower rating of D-G.

However, with higher energy efficiency standards now in place, just how much can be saved on utility costs overall?

Well according to HBF, owners of sustainable new build homes were saving an average of £555 on household bills each year. Heating bills were the biggest cost-saver, with bills 59 per cent cheaper – a saving of £396 on heating bills alone. This is a huge benefit to many homeowners in the UK who must endure chilly winters.

Overall, as energy efficiencies continue to improve and be implemented, the savings will continue to be even greater for buyers. The current average saving of £555 per year is equivalent to three weeks of the average mortgage, the average English Premier League season ticket, or a new high-tech 4K Ultra HD TV. Now that’s something we’d rather spend our money on! 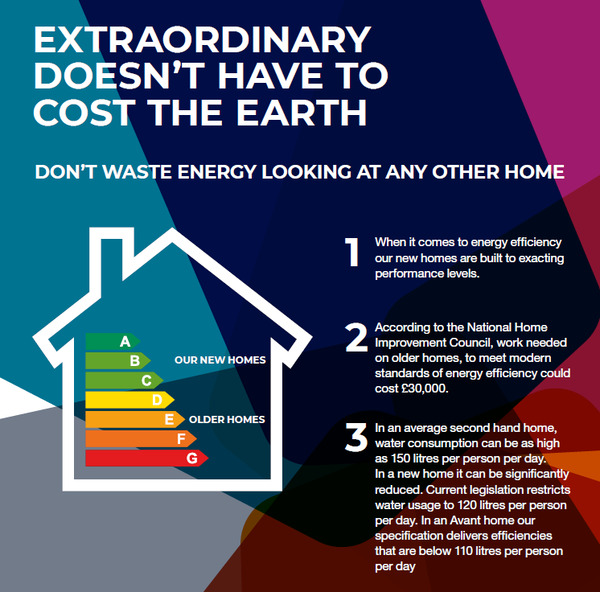 The Clean Growth Strategy was introduced in 2017, with the ambition to cut greenhouse gas emissions. As part of this, its goal was for homes to achieve an EPC band C by 2025. As a result, mortgage lenders will soon be deterred from having underperforming EPC rated homes on their loan books.

Because of this, a number of lenders such as Barclays have started to offer Green Home Mortgages, allowing potential buyers to buy an energy efficient home at a lower mortgage rate. This makes choosing an energy efficient new build home a no-brainer.

Sustainability has increasingly been front of mind on the social and political agenda. In December 2021, COP26 marked a step forward in global efforts to address climate change, with the UK having an ambitious target for reducing emissions by 2030.

As households in the UK account for more than 20 per cent of greenhouse gas emissions each year, the housebuilding industry plays an important role in contributing to the UK’s efforts to reduce emissions and in achieving progress towards net zero.

HBF’s report found that through more energy-efficient builds, 2.38 tonnes of carbon are being saved per new build house, per year, when compared with the average property. Overall, houses are the biggest energy-saver, with 64 per cent lower carbon emissions than older properties of their type. In total, new home occupiers are reducing carbon emissions by a whopping 576,000 tonnes each year!

For owners of older homes, to be able to improve energy efficiency would mean taking on extensive and time-consuming measures. Works such as retro-fitting will likely need to be done, meaning a huge out-of-pocket expense – not to mention the disruption faced during this process.

Following the consultation on the Future Homes Standard, and with changing requirements brought down by the government, new build homes are now needing to meet rigorous new energy efficiency standards, which includes using new materials, methods and technologies.

This means that as developers adapt to updated legislations and consumer demand, homes are now being built with energy efficient measures incorporated from the point of construction. New buyers are now able to move straight into a home that has been built to a high standard using up-to-date technology and materials. 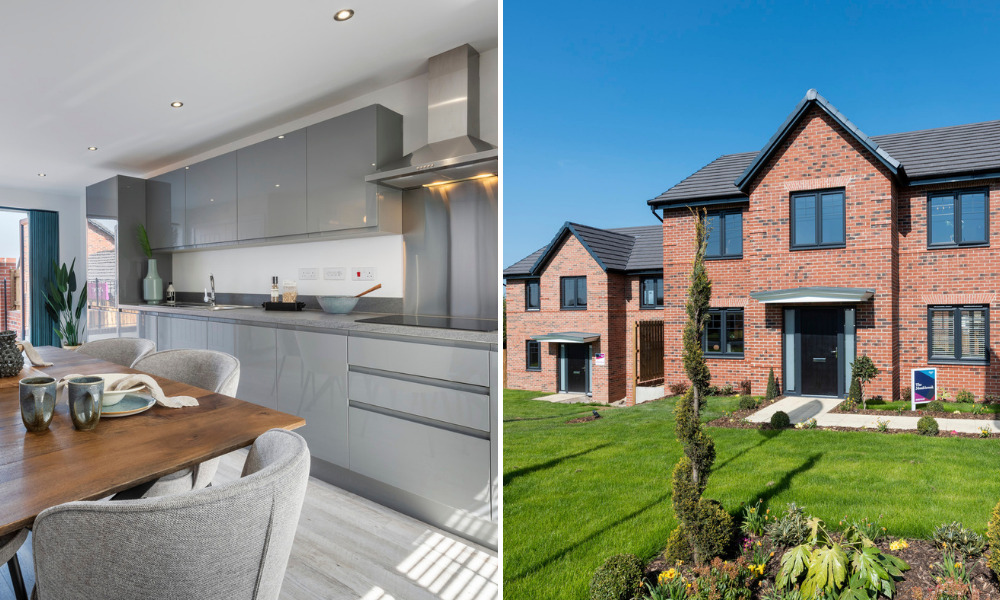 While new build homes are being built to higher standards, it’s important to choose a housebuilder that operates in a responsible way, too. At Avant Homes, we balance our strategic business objectives with our commitment to the wider society and a greener future. It's about doing things the right way, when we can, and always looking to do better.

We work actively with suppliers to adopt the most energy efficient design for our houses, covering the construction fabric, equipment and appliances. We also participate in research and development evaluations around energy efficiency.