Six games that AREN'T Cards Against Humanity for your next party

Back in 2014, Cards Against Humanity was amazing! But we can all agree that we are sick of pulling the same board game out over and over again. All the best combinations have been played, your parents are now playing it at Christmas, and the shock value of even the most outrageous cards is running low.

Enough is enough! It’s time to ditch the black and white cards and try out a new game the next time you have people over. Whether it’s something to showcase your dark sense of humour, or a crowd-pleaser that will have everyone in stitches, here’s our list of six alternative games to Cards Against Humanity and icebreakers that will quite literally ‘change the game’!

If you’re into kittens, action, and the weird and wonderful, then this game may be the one for you. Featuring explosions, laser beams and sometimes goats (we told you it gets whacky!), there’s more than meets the eye when it comes to Exploding Kittens.

This award-winning game is quick and easy to learn, and rewards patience, concentration, and cold-hearted strategy. Avoid the exploding kittens and betray your friends with cruel manoeuvres to be named the winner. This cutthroat game with a warped sense of humour has sold more than 10 million copies worldwide and has several expansion packs (including an adults only version) to extend your replay value.

From the twisted minds of Cyanide and Happiness web comics comes a party game of moral dilemmas and trolley murder. Two teams argue why the people on their track deserve to be spared and try to sabotage the other side of the table by convincing the conductor to murder them all. Drawing cards to reveal who or what is in the danger zone, this battle of wits, persuasion, and logic will have you and your friends in heated debates you never expected to have such as whether to run over your own mother, or a balloon containing a new strain of Ebola.

This is a superb shorter game option for a dinner party where you don’t want the whole evening taken up with a game. It takes two minutes to learn and only 20 minutes to play but the results will leave you laughing and just a little bit suspicious about who wrote that thing about you!

Anonymously answer more than 140 questions about each other and take joy in the outrageous answers your friends give to questions like ‘What are they terrible at?’ and ‘How do they really spend their weekends?’. This short but very social game blends together the absurdity of Cards Against Humanity but with the chance to personalise every answer to someone in the room. Truth Bombs is a great way to break to ice and leave with you conversation for the rest of the evening and beyond! 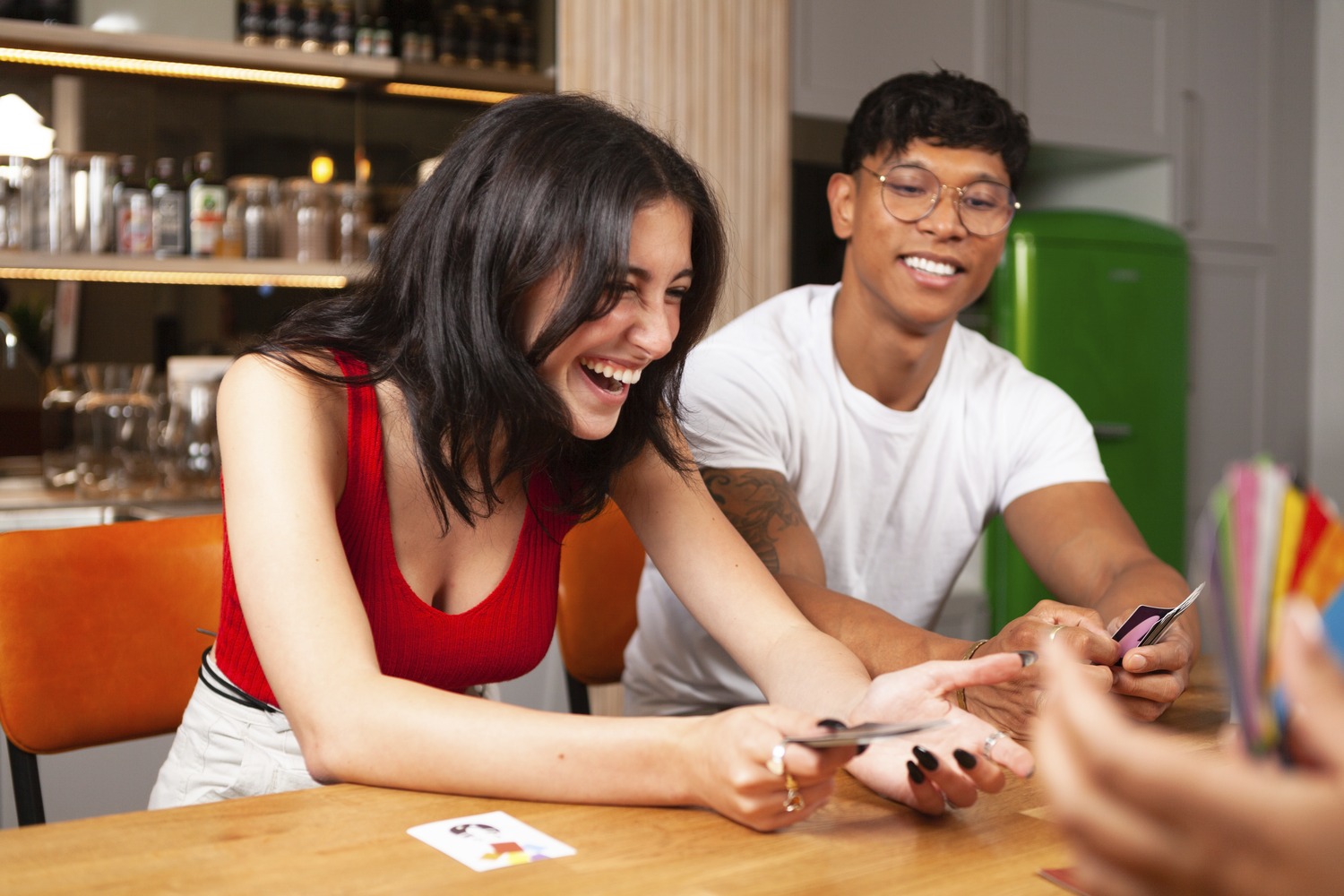 What Do You Meme?

So, imagine Cards Against Humanity, but with less reading and more memes. This game follows the same premise of one player judging the suggestions of the other players, but instead of filling the gap in the sentence on the black card, you’re captioning some of the funniest and silliest meme images the internet has to offer. Create your own outrageously funny combinations that offer just as much fun as the first few dozen times you played Cards Against Humanity.

Will you be crowned the Meme Queen/King of your group? With family-friendly editions and the chance to buy expansion packs with personalised photos, this is a game that can entertain anyone and is the perfect addition to a party.

Specifically designed to out the most disturbing thoughts and feelings, you’ll be faced with dilemmas and situations that may just make you rethink your friendships. With a welcome warning that the game contains explicit language and offensive content, you can be sure that this game will offer an eye-opening experience into what each player thinks of another.

Ask a question and see how your friends think you’d answer. Each game comes with 250 question cards and there are multiple expansion packs to make the fun and awkwardness last time and time again. It’s the perfect alternative game to cards against humanity!

For the more tech-savvy players, Jackbox games is the perfect way to bring game night to a whole new level. Featuring hit games like Fibbage, Quiplash, Trivia Murder Party and more, these online games offer a fresh new way to take the mick out of each other and enjoy twists on classic games like charades and Pictionary.

All you need is your smartphone or tablet, and you can join the fun, play the games, or even vote for the best answers as an audience member. With eight Party Packs already available and a 9th on the way, you’ll never be bored with literally 1000s of question quizzes and setups for a side-splitting evening with family and friends.

Now you have six new games to try, you can officially give Cards Against Humanity a night off! Take a chance on something new at your next party or gathering and we’re sure your friends and family will thank us.

Don’t forget to share your highlights and photos of your game night in your home by tagging us on IG @avant_homes, DM us your pics on FB @AvantNewHomes and Twitter @AvantHomes, or use #AvantGameNight and #AvantLife to be featured on our social channels!